Back to Blogs
Technology trends 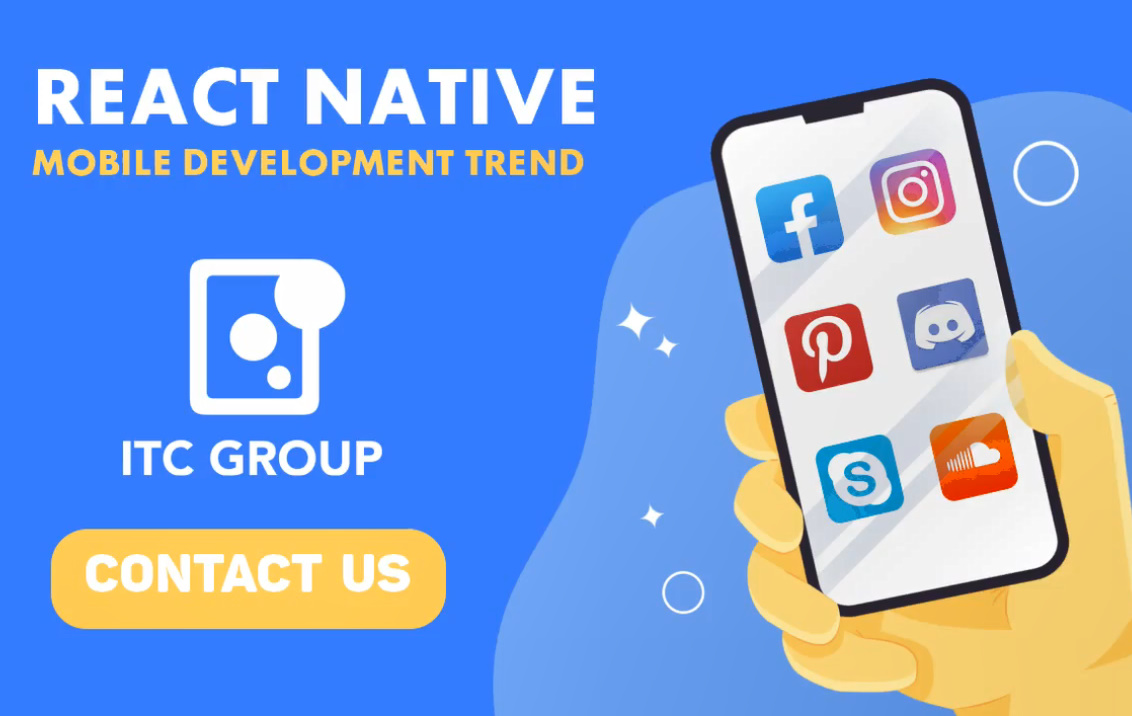 Mobile phones tend to be an indispensable part of our daily life. So it also means that mobile app development has dominated a large scale when it comes to the IT industry. As a result, mobile app trends make businesses pay more attention to this firm to offer their customer a more superlative User Interface (UI) and satisfied User Experience (UX). Traditionally, developing an app that is compatible with multi Operation systems (OS) is used to be a barrier. Hence, React Native is created to tackle that problem and accelerate the programming process.

React Native is a gift to help you create real and exciting mobile apps. But first, to have a thorough look at React Native, let’s find out what is Native App, the predecessor of React Native.

A native application is a software program developed for a particular Operating System, platform, or device.

For example, in IOS, we have some of its native apps such as Appstore, iTunes Store, Safari,... with Android, we got CH Play, Android Auto, Tasker,... Or more familiar, each of our phones all have at least some native apps like Camera, Photo, Music, Message, Calendar,... 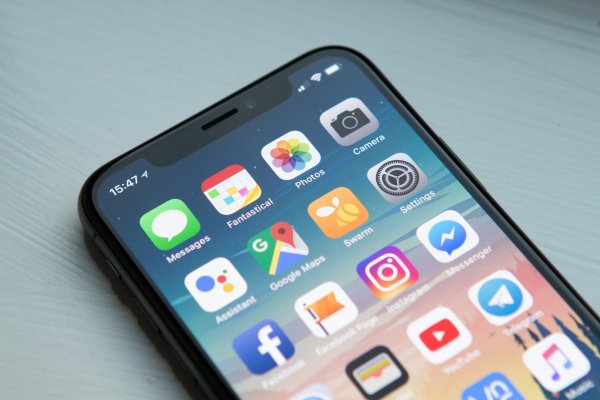 There are two main mobile OS platforms that every business or developer refers to use for programming include iOS (Apple) and Android (Google). However, each Native app is developed in the code required for a particular OS. For example, iOS is written with Objective-C or Swift, while Android-native apps are developed in Java.

For that reason, React Native appears to be a solution for a tool that helps developers program both Operating Systems but in one coding language and workspace.

React Native is a popular mobile app development framework that allows you to build natively-rendered mobile apps for both iOS and Android OS on the Javascript codebase.

React Native was just released by Facebook as an open-source project in 2015. But in just a couple of years, React Native has become one of the best mobile app development solutions. For example, we can take a look at some outstanding apps that have React Native base.

Facebook might be the most popular React Native app because it is the creator of this programming and is the main force behind its development.

Facebook has its single product development team and used it to develop both iOS and Android versions. Also, React Native can come into virtual reality due to the new relation of Facebook’s Metaverse. 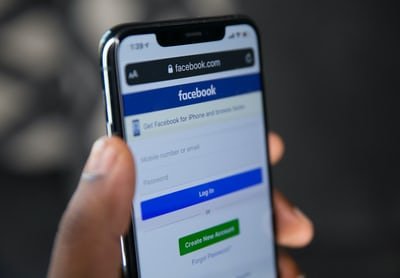 In 2017, Skype announced that they completely use React Native for building their mobile app and also desktop app. This is a proper change because Skype used to suffer from a few errors and issues on the older platform. Skype now has a more stable system and more amazing conversation sections than ever. 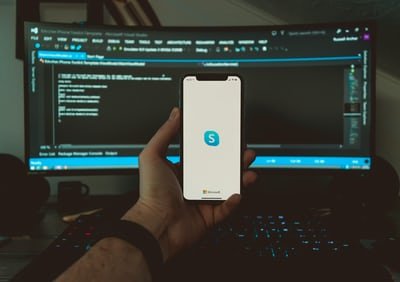 It is not surprising to us, because Instagram is an app owned by Facebook. But a large number of users on this platform show us that React Native is such an effective framework that contributes to the success of this well-known social media. 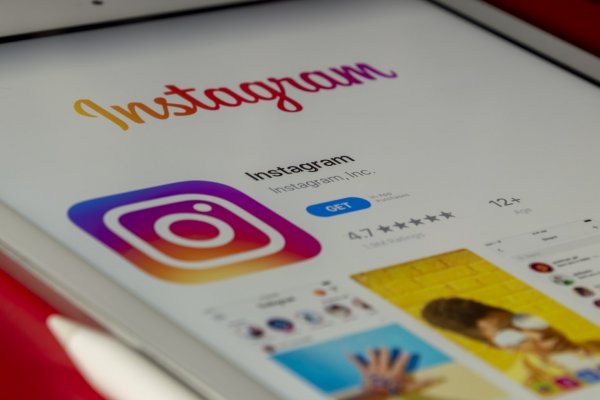 Why React Native is a trend in the App Development Industry?

Thanks to React Native, developers now just have to program on the only one code language that adapts on both Android and iOS. So that also means that they will take less time and budget on developing a second app for another OS. We can say that React Native is like a bridge that connects the application world.

Use the language you already know

React Native uses JavaScript as its code library, which already got a popular position in the app development language field.

So in case, a developer has never used React Native before, with some self-education and base JavaScript knowledge they can catch up with React Native quickly. Or even if they have learned JavaScript before, this might be an easier path for them than tradition, because JavaScript has a large community, which we will mention upcoming.

JavaScript is a coding language that has taken a prominent place in programming languages. From that, if any developer gets a problem while developing an app, then they can look for support in this mature community. There will always be someone who’ll be able to help us, but if your issue is a big burden that can be fixed, we believe after a period, it can be a different story.

Is React Native good for your project?

After discovering some of React Native's benefits, we have just witnessed how Reactive Native helps other businesses get success. But how React Native can help our app development project?

Save time and money

This is one of the first reasons to mention when we talk about its first benefit. And as we mentioned above, this also is the reason that proves why this framework became so popular. If you need to develop an app for both iOS and Android, React Native is the best choice to short out the programming stage. It can save you time and money for a second app with several open-source libraries that your developers will not need long to get to grips with it.

React Native is an ideal development direction for mobile apps due to its responsive user interface and stable system. The quality and its function are clear because of its prominent position on the application market, many app developers utilize this platform to build an app as a required tool.

React Native also allows you to easily add third-party plug-ins and APIs, including maps and payment systems. This creates more extended options and a better experience.

“React Native vision will reach beyond the imagination. The new partnership with desktop and VR teams at Facebook are the best examples of looking at React Native’s expanding reach. The framework has the benefit of reaching new goals and objectives as per the changing demands.” [Source: reactnative.dev ]

So, it is never late to hire a React Native developer team now to transform your application process and appeal to an optimum extent. Don’t hesitate to contact us, ITC Group, we are a software and technology company that provides innovative technology and mature IT consulting that hopefully can be your trusted partner in building a sustainable mobile application.

Web Portal - All You Need To Know

In the World of Wide Web, there is much more than a website that just helps you connect to the information that you need. Today, let’s explore Web Portal with ITC, a web-based platform that provides users with personalized information and the ability to interact with them.

What is Web App?

Millions of businesses use the Internet as a cost-effective communication channel. It allows businesses to exchange information with their target market and make transactions quickly and securely. However, these activities only become effective when the business can capture and store all the necessary data and have the means to process all of this information, and then proceed to present the results for users. Lately, with the advent of server languages: CGI, Perl, PHP, ... websites became more "dynamic" and able to interact with users. From here, users can use the web to "do something by computer", thus the Web App was born.

What is Hybrid App?

Hybrid apps are one of the best options when choosing the platform for mobile applications. These apps are developed using a popular codebase: HTML5, CSS, JavaScript. With the help of Hybrid Apps, you can save your day and company’s budget from creating an app for both Android and IOS platforms and easier maintenance.

Digital transformation and its place in the business world

Digital transformation is no longer an unfamiliar term to us. We can easily catch this term in our daily newsfeed, panel discussion, article, or breaking news with a typical message that this is a necessary technology in the 4.0 era. But mostly, this information might not be clear to us about what digital transformation is. We probably thought that this transformation is an activity when everything is uploaded onto the internet, or ordering a pizza without human interaction but through clicks on the phone. And is this worth it or just a nice to have technology?

RPA: 4.0 Key for a next level business

Digital transformation has currently changed the race to be a more profitable, flexible, and responsive business. There’s no longer a frame when businesses have to take much time and budget for processing conventional and repetitive tasks. RPA has appeared as an innovative technological solution for organizations as well as businesses to minimize their operating procedure time and take this opportunity for other expertise development.

What is OTT? And why OTT box makes people gradually cut the cord.

For the last couple of years, we have witnessed more and more people cancel cable services and move towards online-connected content via electronic devices such as smartphones, tablets, laptops, smart TV,...as well as their devices can access OTT webs or OTT apps, platforms which is pre-installed or downloaded from the storefront.